Ensuring equal opportunity in tech begins early. Four discussion tracks will focusing on different stages of education and career for women and girls.

In each track, you will hear from researchers examining the gender gap, get inspiration and insight from keynote speakers, and share your voice and experiences in working group sessions. 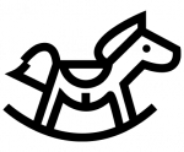 The earlier learning starts, the better the chance of success. This track will cover ages 0-8, examining what influences interest in STEM-associated activities at a young age.

This track will look at the school years between ages 5 – 14, and what supports and practices are needed as girls progress through elementary and middle school. 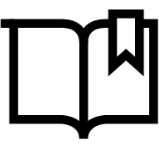 Covering ages 15 – 22, this track will examine high school and post-secondary, when girls and women make decisions about pursuing STEM in university.

Only 23 per cent of people working in high-paying STEM industries are women. This track examines the evolution of women’s careers in technology, the barriers, and the reasons for staying or leaving.

Welcome and greetings from:

We’re all familiar with the perception that math is hard – whether it’s coming from Teen Talk Barbie in 1992 or the students slogging through calculus in post-secondary programs at any point in time. But why is that? Most people who have studied mathematics past high school would agree that the numerous arithmetic operations covered by grade school curriculums are only building blocks to learning to speak the universal descriptive language we know as mathematics. I believe this disconnect between what mathematics is, and how it’s taught could ultimately be a contributing factor to the data that shows girls are less likely to choose senior studies in mathematics – even while achieving at a high level in this area. In this talk I’d like to challenge the way we think about mathematics, identify some alternative perspectives and teaching approaches, and finally open the discussion to hear about your experiences with learning mathematical skills and concepts.

Early childhood is an important time in a girl’s life with respect to STEM. Young children perceive messages about social roles, their own competence, and possibilities for their future, both from overt instruction and from subtle, even unconscious, influences.

Parents play a large role in their children’s ideas about math and science. The results of studies that will be discussed suggest that it is possible that, without any conscious intention by parents, young girls are entering school with less exposure to and understanding of mathematical and scientific principles than their male counterparts. These studies suggest that girls and boys may not begin school with an “even playing field” when it comes to these subjects.

Teachers also play a key role in influencing children’s ideas about math and science. Teachers who deal with young children can communicate messages about their own attitudes regarding science and math, without being aware of doing so. At the college level, elementary education majors report the highest level of math anxiety of all college majors. These math attitudes and experiences have surprisingly powerful effects on students.

And, unsurprisingly, peers are also a factor in children’s attitudes about math and science. Children whose peers encourage positive attitudes toward science and those who have positive interactions with peers related to science have more positive attitudes and stronger expectations that a future career in science is possible.

We will discuss these three influences and their implications for girls and STEM during the session.

While there are many movements and social media hashtags focusing on women who have been influential in STEM fields, there is still a lack of embedding those voices and experiences in early childhood and elementary classrooms. Through research and application, this presentation will speak to specific classroom and community techniques to diminish the microaggressions females in STEM fields experience and encourage gender equity starting at a very young age.